Home » Whats new? » What is the effect of US election on US economy? 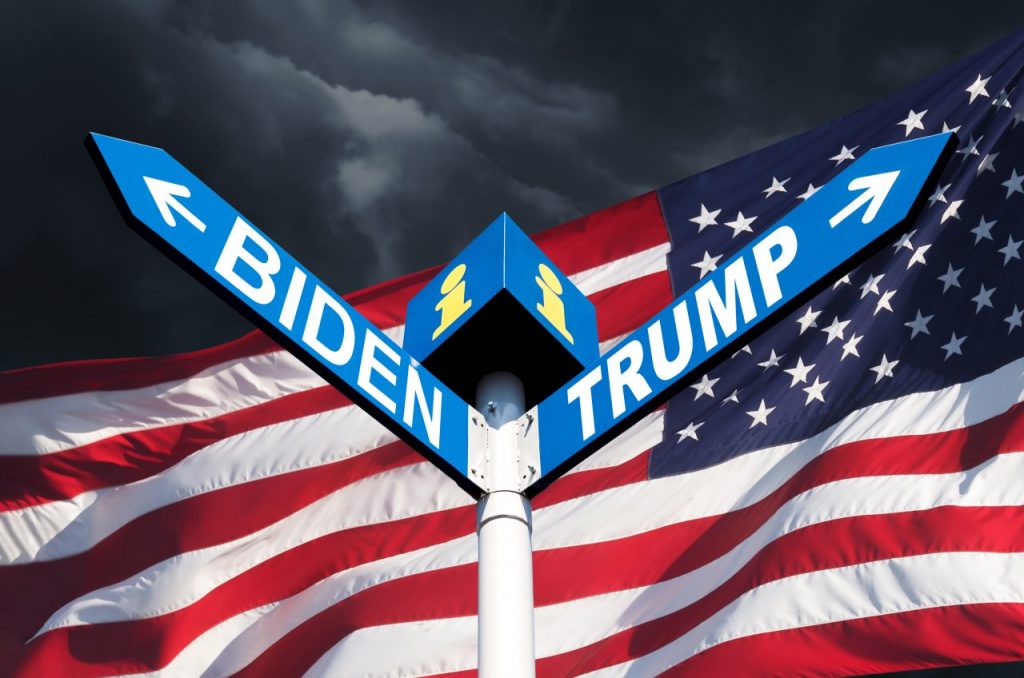 What is the effect of US election on US economy?

All eyes will be on the outcome of this year’s US election held on 3 November 2020. Historically, election years have delivered a boost to the US economy, but the circumstances are different this time around.

Data from 1948 until today show that the US economy tends to perform better in election years. Not a lot better, but clearly better. GDP growth is on average 0.3% higher than in non-election years. Compared to potential growth, election years outperform by 0.4% .

The main reason is fiscal policy, as politicians usually prefer an expansionary policy ahead of an election. According to our estimates, fiscal policy has from 1985 until today added around 0.1%-point to GDP growth in election years, while subtracting 0.2%-point in the subsequent year.

Why this time could be different

This time could, however, be different for two reasons. First and foremost, President Trump “frontloaded” his fiscal easing in 2018 and 2019 – the second and third year of his presidency – via both tax cuts and increased government spending. These measures, which likely added 0.5-1%-point to GDP growth each year, came at a time when the US economy was already growing above potential. Hence, the policies contradicted the usual counter-cyclical nature of the fiscal balance.

Electionomics: Effect of US presidential election on the economy
Second, Congress is currently more divided compared to 2018. It is therefore unlikely that the Democratic House majority would support another round of significant fiscal stimulus – especially given that Trump’s approval ratings on the economy are much higher compared to his overall ratings.

On the other hand, fiscal austerity is probably not palatable to the Democrats either. They are, after all, also preparing for a presidential campaign. We therefore anticipate fiscal policy to be fairly neutral in 2020.

The Fed is not on “election pause”

Besides the focus on fiscal policy, a common narrative is that the Fed is “election neutral” and avoids rocking the boat in election years. While probably true in principle, the Fed still changes its policy when needed, election year or not.

Since 1971, when the Fed introduced its Fed funds rate, the bank has changed its policy rate every single election year except for 2012 (the year the Fed announced QE3). In the 3-month period leading up to the elections, the Fed has either hiked or cut rates in seven out of 12 years (eight including QE3 in 2012).

Another common view is that the Fed has an easing bias in election years – perhaps due to the famous “heated discussion” between President Nixon and former Fed Chairman Arthur Burns in which the latter succumbed to the president’s wishes on monetary policy. Market participants have recently been reminded of this episode, as Trump has been an unusually loud critic of the Fed (and in particular Chairman Powell).

However, data does not support this easing bias narrative. Out of the last 12 election years, the Fed has hiked rates in eight of them. Six of those times, the hikes were in the 6-month period leading up to the elections. Hence, the Fed has not historically had an easing bias nor been on “election pause”.

Consequently, It is unlikely the 2020 election will prevent the Fed from adjusting policy if necessary. Instead, we expect the Fed to cut rates in March as leading indicators point to weaker activity numbers, and inflation expectations continue to be stubbornly low.

With the Fed not being on “election pause” in March, we think FOMC decisions should once again be a clear driver of financial markets in 2020. But how will the election alone affect markets this year?

Electionomics Impact of US election on the economy and financial markets
When looking at the DXY, there is, a tendency for the dollar to appreciate. Intuitively, this also makes sense as the dollar benefits from an election year’s usual cocktail of higher political uncertainty and higher US growth (vs. the rest of the world) as described above.

The question then is whether this pattern will repeat itself in 2020. The isolated impact from the election uncertainty should thus be negative for EUR/USD – especially if Trump wins (see more below). Back in 2016, EUR/USD increased in the run-up to the election, but that was driven by expectations of Hillary Clinton winning. With Trump’s surprising win, the dollar gained, yields rallied, and EM FX weakened (in particular the Mexican peso).

With Trump’s impeachment trial now over, we believe three factors will be crucial for the election outcome, which is what the markets will be trading during the year: The economy, the democratic candidate and the Midwest.

1: The economy is perhaps the most important factor, at least if we use history as a guide. The so-called Misery Index, which includes the sum of unemployment and inflation (CPI % y/y) and indicates the state of the economy, has been a good “forecaster” of the US presidential election outcome.

Post-Eisenhower, the 12-month moving average change in the Misery Index has predicted the outcome of a president’s re-election six out of eight times. This is, for example, more precise than approval ratings at the beginning of election years. Moreover, the misses in the Misery Index in 1976 and 1992, respectively, can probably be attributed to the Watergate scandal and the US economy already being in recession in 1990-91.

Thus, a recession hitting would be a bigger risk for Trump’s re-election chances, compared to his approval ratings falling due to non-economic issues.

3. The Midwest. A few states in the Midwest – Michigan, Pennsylvania and Wisconsin – helped tip the 2016 presidential election in Trump’s favour. These states had been Democratic since the early 1990s, and Trump managed to turn them Republican by small margins. A disproportionately big part of the presidential campaign will likely take place in these states, and polls showing big leads on either side are likely to affect markets.

How will markets react to the different candidates?

There are several possible scenarios for the 2020 election outcome: 1) Four more years with Trump; 2) Biden, or another moderate Democrat; 3) Sanders/Warren or another left-wing Democrat. During the coming year, financial markets will react to changes in the odds of the respective scenarios based on the candidates’ policies. Here’s how:

When Trump becomes president: Improving Trump polls would have a mildly negative effect on risk sentiment. The trade war gets most of the blame for the global manufacturing slowdown, and a second Trump term comes with a high risk of escalation, especially towards the European car industry. But the impact is only mildly negative, given that US equities are at an all-time high supported by Trump’s constant pressure on the Fed and the massive boost to the economy from tax cuts and deregulation.

When Biden becomes President: Markets are likely to take improving odds of a Biden win as mildly positive news. The risk of friendly fire in the trade war would diminish even if tariffs are not likely to be reduced. But the impact is only mildly positive, as Biden has promised to roll back Trump’s tax cuts at least for the highest income groups, which will have some adverse impact on the economy in the medium term.

Overall, we think the 2020 US presidential election could increase market volatility more than usual. Not only has President Trump – especially via his notorious Twitter account – proven to be a bigger “market mover” than, for instance, his predecessor President Obama, but the relatively high probability of the Democrats’ nominee being a pure left-wing rather than a moderate could spur some nervousness. In turn, this could keep volatility somewhat high even throughout the first half of the year, when the Democratic primaries and caucuses take place.