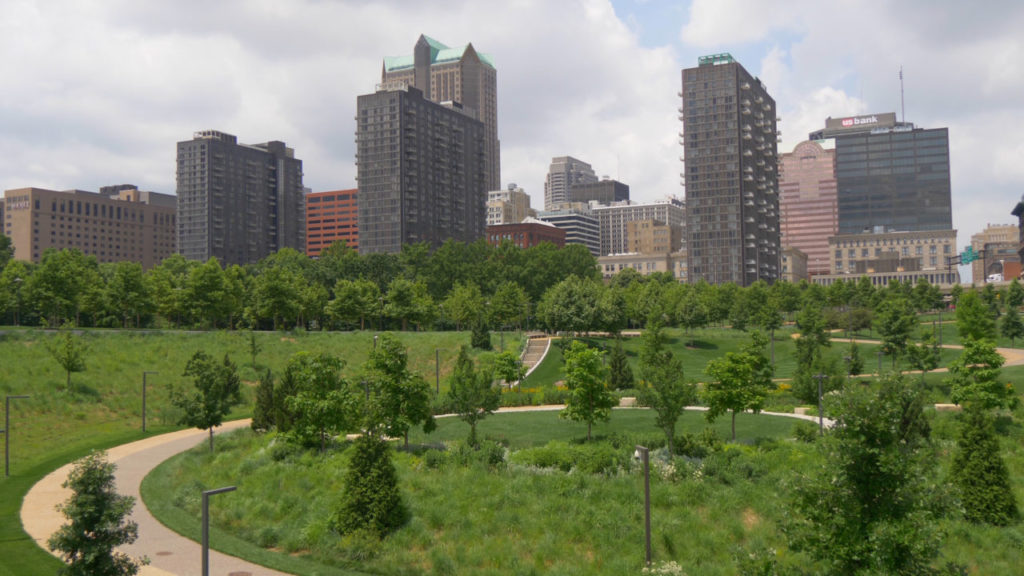 Missouri, also known as the Show-Me State, is home to the bustling cities of Kansas City and St. Louis as well as several professional sports teams, more than 28 million acres of farmland and some of the best BBQ in the USA. Entrepreneurs seeking a high quality of life for a low cost of living will find it in Missouri along with an abundance of art, culture, family attractions, wineries, breweries and outdoor recreation.

Missouri is also the headquarters of many major companies including Ascension, Emerson, Enterprise Holdings, O’Reilly Auto Parts and Panera Bread. With its low tax basis and labor costs, Missouri is an excellent place to start a business. The state also offers numerous programs to stimulate startups and local businesses such as the Missouri Works Program, Missouri IDEA Funds, the Small Business Incubator Network and Missouri Innovation Centers.

With more than six million residents, Missouri is the 18th-most populous state of the country. The largest urban areas are St. Louis, Kansas City, Springfield and Columbia; the capital is Jefferson City. The state is the 21st-most extensive in area. Missouri is bordered by eight states (tied for the most with Tennessee): Iowa to the north, Illinois, Kentucky and Tennessee (via the Mississippi River) to the east, Arkansas to the south and Oklahoma, Kansas and Nebraska to the west. In the south are the Ozarks, a forested highland, providing timber, minerals and recreation. The Missouri River, after which the state is named, flows through the center of the state into the Mississippi River, which makes up Missouri’s eastern border.

The total employment of Missouri in 2016 was: 2,494,720. With the total number of employer establishments in 2016 being : 160,912. The U.S. Department of Commerce’s Bureau of Economic Analysis estimated Missouri’s 2016 gross state product at $299.1 billion, ranking 22nd among U.S. states. Per capita personal income in 2006 was $32,705, ranking 26th in the nation. Major industries include aerospace, transportation equipment, food processing, chemicals, printing/publishing, electrical equipment, light manufacturing, financial services and beer.

The agriculture products of the state are beef, soybeans, pork, dairy products, hay, corn, poultry, sorghum, cotton, rice, and eggs. Missouri is ranked 6th in the nation for the production of hogs and 7th for cattle. Missouri is ranked in the top five states in the nation for production of soy beans, and it is ranked fourth in the nation for the production of rice. In 2001, there were 108,000 farms, the second-largest number in any state after Texas. Missouri actively promotes its rapidly growing wine industry. According to the Missouri Partnership, Missouri’s agriculture industry contributes $33 billion in GDP to Missouri’s economy, and generates $88 billion in sales and more than 378,000 jobs.

Missouri has vast quantities of limestone. Other resources mined are lead, coal, and crushed stone. Missouri produces the most lead of all the states. Most of the lead mines are in the central eastern portion of the state. Missouri also ranks first or near first in the production of lime, a key ingredient in Portland cement. Missouri also has a growing science, agricultural technology and biotechnology field. Tourism, services and wholesale/retail trade follow manufacturing in importance. Tourism benefits from the many rivers, lakes, caves, parks, etc. throughout the state. In addition to a network of state parks, Missouri is home to the Gateway Arch National Park in St. Louis and the Ozark National Scenic Riverways National Park. A much-visited show cave is Meramec Caverns in Stanton, Missouri.

Missouri is the only state in the Union to have two Federal Reserve Banks: one in Kansas City (serving western Missouri, Kansas, Nebraska, Oklahoma, Colorado, northern New Mexico, and Wyoming) and one in St. Louis (serving eastern Missouri, southern Illinois, southern Indiana, western Kentucky, western Tennessee, northern Mississippi, and all of Arkansas). The state’s seasonally adjusted unemployment rate in April 2017 was 3.9 percent. In 2017, Missouri became a right-to-work state but in August 2018, Missouri voters rejected a right-to-work law with 67% to 33%.

Personal income is taxed in ten different earning brackets, ranging from 1.5% to 6.0%. Missouri’s sales tax rate for most items is 4.225% with some additional local levies. More than 2,500 Missouri local governments rely on property taxes levied on real property (real estate) and personal property.

Most personal property is exempt, except for motorized vehicles. Exempt real estate includes property owned by governments and property used as nonprofit cemeteries, exclusively for religious worship, for schools and colleges and for purely charitable purposes. There is no inheritance tax and limited Missouri estate tax related to federal estate tax collection.

In 2017, the Tax Foundation rated Missouri as having the 5th-best corporate tax index, and the 15th-best overall tax climate. Missouri’s corporate income tax rate is 6.25%; however, 50% of federal income tax payments may be deducted before computing taxable income, leading to an effective rate of 5.2%.