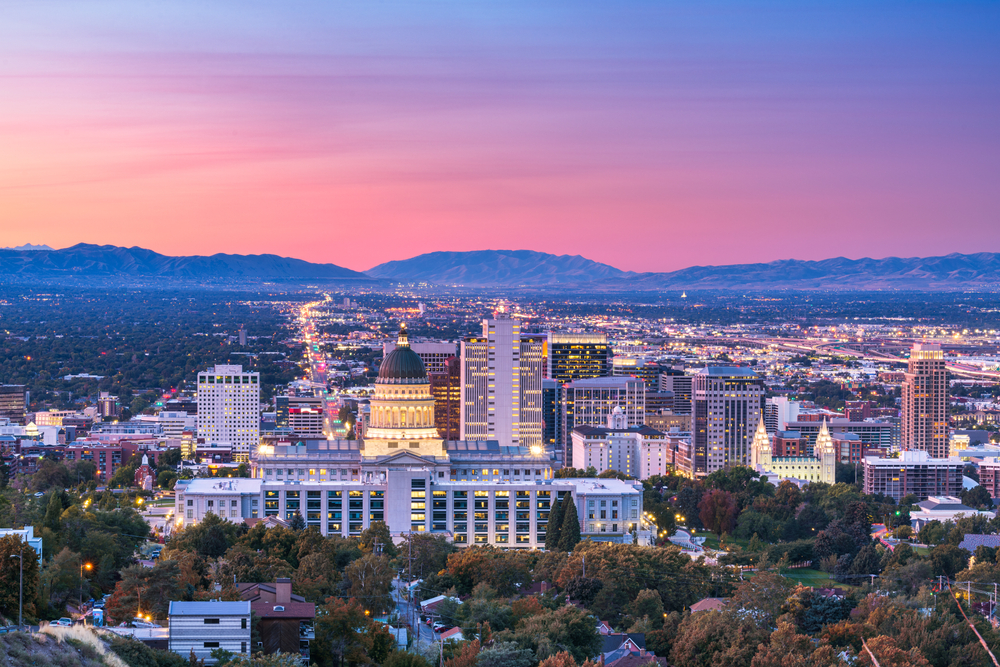 Utah may not be synonymous with enterprise just yet, but the Beehive State is quickly establishing itself as a mecca for small business owners. With a population of just over three million, this large but not-so-densely populated state is ripe with opportunity.

In fact, Forbes ranked Utah #2 on its 2018 Best States for Business list. This is largely due to its healthy labor supply, supportive regulatory environment, and strong economic growth prospects.

Utah prides itself on providing a welcoming climate for entrepreneurs and creatives. If you’re looking for a place to open your small business, you may discover that Utah’s entrepreneurial spirit, beautiful landscapes, and friendly residents are exactly what your business needs to flourish.

Low cost of doing business and a diverse growing economy

According to Forbes, the cost of doing business in Utah is 2.2 percent below the national average, and WalletHub ranked Utah third among the 48 contiguous states for energy efficiency.

Utah is consistently one of the fastest growing states in the country and has one of the lowest rates of unemployment.

According to a recent Wells Fargo report, Utah was the third-fastest growing state in the United States last year, and has an increasing presence in prominent business sectors such as technology, including cloud computing, big data and software development. In addition, it has raised the state’s economic profile nationally and internationally.

Wells Fargo also reported that growth in the aerospace and life sciences sectors are contributing to Utah’s positive economic outlook.

In 2001, Utah launched its Utah Engineering Initiative to double the number of engineering slots in Utah colleges and universities and become a tech capital. By all accounts the program has been successful — from 2016 to 2017, tech-related job postings in Utah increased by 42 percent.

Today, the region between Salt Lake City and Provo — home to Brigham Young University — is referred to as the Silicon Slopes. Young brands and startups are migrating to this emerging tech hub in droves. As a result, Utah is now home to some of the fastest growing companies in the nation.

If you’re tired of the high cost of living associated with the major coastal cities — not to mention the crowds — Utah offers business owners a unique alternative and work-life balance.

U.S. News & World Report ranked Utah 4th overall on its list of Best States based on factors such as infrastructure, fiscal stability, and access to quality health care. Plus, WalletHub dubbed Utah the second-happiest state in the nation in a recent ranking — perhaps because the state’s numerous ski resorts and national parks provide opportunities for a break from the daily grind.