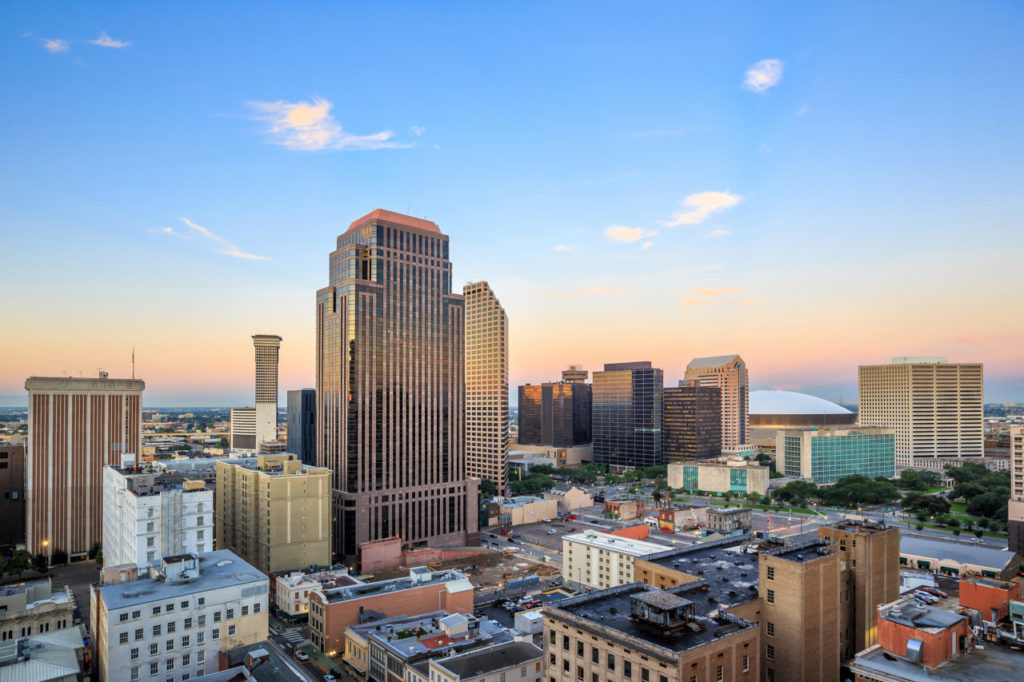 From the Port of New Orleans to the manufacturing facilities of the Shreveport area, Louisiana has been experiencing tremendous economic growth at a time when much of the nation has remained stagnant. Manufacturing, energy, transportation, and agribusiness continue to lead the state’s economy, while software development and biotech are blossoming into important sectors.

Louisiana has made impressive strides in recent years to create – according to Area Development’s recent survey of location consultants (2013 Top States for Doing Business) – one of the most business-friendly environments in the nation. Economic development leaders say generous tax incentives, a well-trained work force, relatively low operating costs, and a robust transportation infrastructure – that includes world-class ports, six interstate highways, and access to all six Class 1 railroads – make Louisiana a great place to locate.

The 2013 Gallup report “State of the American Workplace” found that Louisiana leads the country with the highest percentage of “engaged” workers. LED FastStart was among the top-three leading work force development programs in the nation according to Area Development’s Top States report for 2013. Launched in 2008, the program helps companies recruit and train workers at no fee for employers if they commit to creating a modest number of jobs.

According to a February 2012 report from the Tax Foundation and KPMG, Louisiana offers the second-lowest state and local tax burden in the nation for a new business operation. To top it off, the state also offers generous tax incentives. For example, the Angel Investor Tax Credit (AITC) provides a 35 percent tax credit on investments in early-stage businesses that need start-up and expansion capital. The Competitive Projects Payroll Incentive Program offers an incentive rebate of up to 15 percent of a company’s payroll for up to 10 years, and the Quality Jobs program provides a cash rebate of up to 6 percent to companies that create well-paid jobs and promote economic development. There are also property tax abatements for the rehabilitation of existing structures, enterprise zone tax credits, industrial tax exemptions, and some of the largest motion picture tax credits in the nation.

In addition, Louisiana has seen so many television shows and films produced here in recent years that parts of the state have been dubbed “Hollywood South.” New Orleans, Shreveport, and Baton Rouge are top locations for filming and production. In 2011, Louisiana surpassed $1.3 billion worth of television productions.

The high-tech industry is also seeing impressive growth. Louisiana offers one of the nation’s most comprehensive incentives for software development. The Digital Interactive Media and Software Development Incentive provides a 35 percent tax credit on payroll for in-state labor and a 25 percent tax credit for qualified production expenses with no cap or minimum required.

Some major tech companies that have set up shop in the state in recent years include Electronic Arts, Pixomondo, and Moonbot. Gameloft, one of the top publishers of mobile games, chose New Orleans as the location for its new development studio. It was enticed by not only the incentives but also the FastStart program, which helped it attract more than 700 highly qualified applicants.