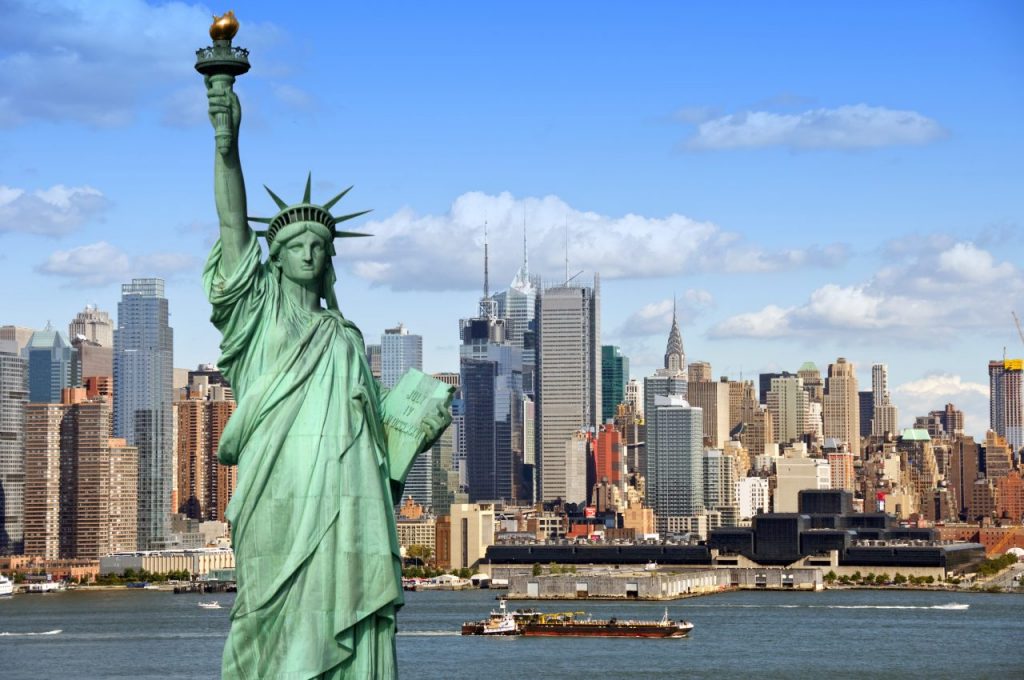 With the third-largest economy in America, the state of New York is a true economic powerhouse. On its own, New York’s economy dwarfs that of many countries. Home to a multitude of entrepreneurs, artisans, and dreamers, they are also the home of NFL playoff favorites New York Giants.

New York City or NYC is widely regarded as the world’s business capital. Walking on the streets of this concrete jungle, you’ll be blown away by the scale of the city. From the mad rush of Wall Street to the highrises and brownstones on the Upper East Side, New York City never sleeps.

Being a melting pot of cultures and ideas, it should come as no surprise that many businesses on the edge of innovation call NYC home. In fact,  Forbes reported that New York City is one of the best places for small businesses. With millions of visitors flooding the city every year and a burgeoning real estate industry, opportunities are everywhere for the entrepreneur who dates.

The tourism industry in New York City is booming

In 2017, it was reported that approximately 60 million tourists visited the Big Apple; which was an increase of more than 2 million from 2016. Meanwhile, on the home front, about 50 million domestic tourists paid a visit to New York City; an all-time high despite concerns raised by some over how President Trump was alienating a portion of Americans.

With more than 100 million visitors annually, the tourism industry in NYC is most definitely on the up. This provides plenty of opportunities for the entrepreneur to tap into such a massive market. Whether you’re looking to provide a service or pitching your product, there’s certainly room for growth.

NYC has always been widely regarded as a melting pot of cultures with people from all over the world calling it home. This diversity has long been regarded as one of New York City’s strengths and can be seen in the diverse number of enterprises operating here.

Besides being a financial hub, the city is also renowned for being the epicenter of art, culture, and fashion. Whether you’re affiliated with the world of finance or introducing a hip, new product, New York City is without a doubt the place to be.

Any enterprise needs access to talented individuals if it is to thrive and expand. With a large college-educated population and several top colleges and universities in the area, New York has no shortage of well-qualified potential employees.

With talent from the neighboring cities of Boston, Chicago and Washington D.C, your business will have easy access to a diverse talent pool. Besides having a large college-educated population, New York City is often the destination of choice for skilled labor.

Most New Yorkers will tell you that it’s nearly impossible to own a car in the city. With the congestion and lack of parking spaces, we can see why. However, for a small business owner, this provides the perfect business opportunity.

It’s no secret that New Yorkers are always on the move and on their feet. Serving up affordable food that can easily be eaten on the move and in a hurry is key here. This also applies if you’re in retail or providing a particular service.

Despite living in a massive urban sprawl, New Yorkers are a surprisingly healthy bunch. Given the high-quality of healthcare available and the fact that the inhabitants are always walking, you should have a pretty clear picture now.

All of this naturally translates into healthier employees who are less likely to fall sick. Along with this, being based in NYC also serves to boost your own general health.

The Big Apple is an exciting place to be and opportunities abound everywhere for the savvy entrepreneur. With tenacity, hard-work and a bit of luck, you too can make it big in the big city.