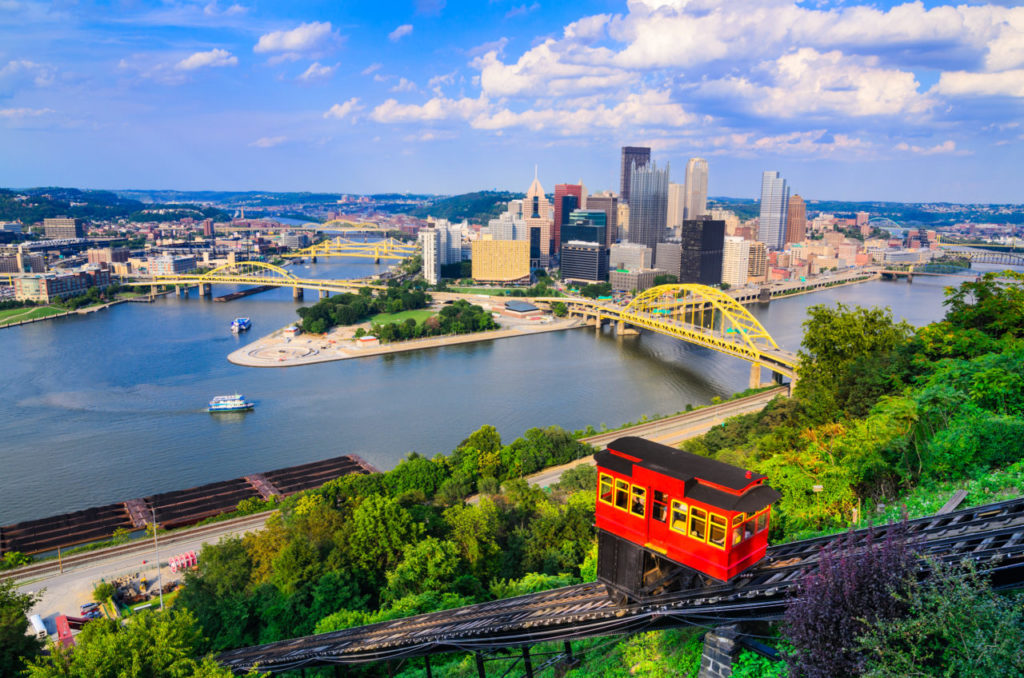 You may know Pennsylvania for its rich history, varied terrain, or diverse population. Or perhaps you’re more familiar with Philadelphia, the state’s largest city, which is home to the Declaration of Independence, the U.S. Constitution, and of course, Rocky.

Pennsylvania has a lot to offer, which may explain why it’s the sixth most populous state in the United States, according to World Population Review. Among the Keystone State’s charms is its welcoming environment for entrepreneurs and small businesses. In fact, small businesses make up 99.6 percent of businesses in Pennsylvania and employ nearly half of the state’s workforce.

Businesses tend to thrive in areas that have a favorable economic climate, high quality of life, and a talented pool of laborers. Pennsylvania ranks highly among all these factors, in addition to a few other well-kept secrets that make the Keystone State worth exploring.

Pennsylvania boasts the sixth largest economy and is home to 44 of the 1,000 biggest companies in the U.S., according to Forbes. Nationally-recognized brands such as Aramark, Comcast, and Rite Aid all call Pennsylvania home. Forbes also reports that the cost of doing business in Pennsylvania is 5.8 percent below the national average, which may explain why so many businesses have migrated there.

Pennsylvania is conveniently located on the East Coast. It’s within driving distance of several major U.S. cities, including D.C., Boston, and New York City, and much of the state is near the mountains and popular beaches.

In addition, it’s by far the most affordable state in the region. In 2018, U.S. News & World Report ranked Pennsylvania 18th in the country among affordability, the only New England or Mid-Atlantic state that ranked in the top 25.

The state’s low cost of living is primarily driven by its relatively affordable housing. According to the most recent Best Places ranking, the median home price in Pennsylvania is $174,000 — nearly $46,000 less than the national average.

According to the Pennsylvania Department of Community and Economic Development, nearly 250 public and private higher education institutions have set up shop in Pennsylvania, awarding approximately 194,000 credentials to Pennsylvania students annually.

The Department also reports that Pennsylvania is ranked second in the country in terms of net migration of students into the state for postsecondary education, and Pennsylvania ranks in the top 10 based on the number of adults with college degrees who are employed in high-level occupations.

Although places like Silicon Valley and Austin, Texas are often hailed as meccas for innovation and tech startups, Pennsylvania is rising in the ranks for early-stage business activity.

In the same list, Pennsylvania came in second for access to capital based on the amount of venture capital funds and small business loans granted within the state. The Pennsylvania’s Ben Franklin Technology Partners is one of the longest-running technology-based economic development programs in the nation and has provided early-stage businesses, tech-based firms, and established manufacturers with funding and other resources for more than 30 years.

With its diverse economy, Pennsylvania offers opportunities for all types of business owners. Once known primarily for its manufacturing output (Bethlehem Steel was the nation’s second-largest steel producer and largest shipbuilder at one time), Pennsylvania’s largest industry is now broadcasting and telecommunications, which accounts for 5.8 percent of its GDP, according to 24/7 Wall Street.